40 years ago two young Irish women set off on a journey that changed the face of competitive judo for Irish women. We spoke with these women recently to reminisce about their life in judo in Ireland.

Teresa started judo at 10 years of age with Daigokan Judo Club in Dublin and excelled at her age, in 1980 at 16 years of age she competed at the Women’s Championships at 48kg, this was her first time in the United States. We believe but can’t necessarily verify that Teresa may have been the youngest competitor at this event. Teresa won numerous national titles and won some bronze medals throughout England & Wales, but a gold medal eluded her. At that time period within the history of the Irish Judo Association, members travelled to Britain to be assessed for their Dan Grades with the British Judo Association, Teresa was awarded her 1st Dan in the mid 1980’s.  After retiring from competitive judo, Teresa went on to complete her Level 1 & Level 2 coaching badges. Recently, Teresa has upon occasion returned to help at judo competitions within her province of Leinster. She was delighted to be contacted to remember her 40th anniversary of competing in New York in 1980.

Eileen started judo at 10 years of age with Daigokan Judo Club in Dublin and proved to be a tremendous talent, in 1980 at 22 years of age she competed at the Women’s Championships at 52kg in New York. Eileen was ranked 1st in the female judoka representing Ireland at the time, and had numerous medals under her belt by the time she entered this event, bronze at the British Open, the Dutch Open and the Welsh Open were some of the results achieved. Following the same route as Teresa, Eileen had to travel to Britain to be assessed for her Dan Grade by the British Judo Association and was awarded her 1st Dan again in the mid 1980’s. Following motherhood and participation time on the mat, Eileen eventually was forced to retire due to a knee injury and underwent a knee replacement quite a few years back. However, she continued to work with the Association in a volunteer capacity where she became a qualified Referee. She has now fully retired from the mat but keeps an eye on what’s happening in Irish Judo. She was delighted to be contacted to remember her 40th anniversary of competing in New York in 1980. 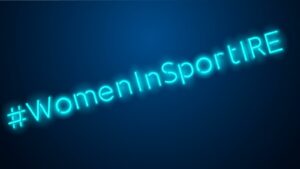