The past month and a half has been a bit of a whirl wind. From the Grand Slam in Tel Aviv where the IJF chartered planes to get us there. To my younger brother Ben devastatingly breaking his leg at the tournament. To the logistics of getting him home (he is making an insanely good recovery and doing us all so proud). Then the rapid turnaround to head out to Uzbekistan for the next Grand Slam for myself.

The judo road can be a little crazy! But inevitably is what we need to do to be able to reach our end goals. I have been fortunate enough to have been able to travel in these crazy times and finally feel like I am back finding my feet on the international tour. 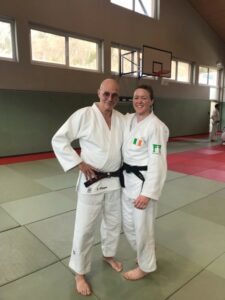 After a disappointing loss in Uzbekistan to a rival where the score card is how 3-2 in her favour, I had to pick myself up and get back on the horse. I travelled directly after the competition to Austria for an international training camp (which at the moment are like gold dust!). It was also a real treat as I managed to have some mat time with one of my coaches Jurgen Klinger. I hadn’t seen him since October last year so this was a real plus! The level of training in Austria was world class and I took a lot from it. I am very lucky to have such great coaches around me in both Ciaran and Jurgen. I feel so supported by them and I know this has a massively positive impact on me as an athlete.

It was a very tough week physically and mentally in Austria, but it is exactly what is needed to get myself as ready as I can be for the upcoming Grand Slams and Europeans Championships. In non-COVID times I would have been on international camps every month, my last one had been before Christmas.

At the moment it isn’t possible to organise the camps like in normal times, so when an opportunity arises I have to grab it with both hands!  I then travelled directly to Spain which was meant to be another training week. Unfortunately, I think the past weeks caught up with me, leaving me feeling very fatigued and under the weather. Sometimes the hardest thing to do is to not train. I needed to let my body and mind rest. The next month of competitions is very important so I needed to make sure I was recovered. As hard as I found it, after Monday that week, that was the end of my training week. 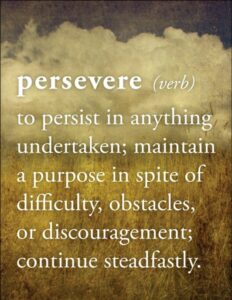 Recovery is sometimes the most important thing you can do!

Judo is a brutal sport. Perseverance is a trait that we need to have by the bucket full in order to succeed. Even though the competitions have not been anywhere nearly as successful as I would have liked them to be, we keep training hard and pushing forward to the final goal! Instant gratification is not possible in judo. We are in it for the long haul and sometimes that means waiting to reap the rewards.

🔜 Up next is the Grand Slam in Georgia and Turkey over the next few weeks.