As part of the funding received in 2017 from Sport Ireland to support & promote Women in Judo #thisgirlcanthrow, Ellie Dennis has just completed Programme 2 of the Associations’ Women In Judo project. 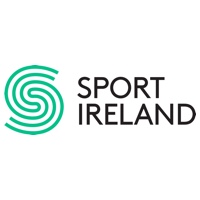 Ellie has submitted her second programme review to the Executive and we would like to show our members Ellie’s progress:

To bring judo to girls & women between the ages of 13-19 (teenage girls) 20-45 (adult women),to promote girls & women doing judo by offering 6 classes of 1 hour for each group over a six-week period. This will be aimed at girls/women who have never done judo, or any martial art before & aimed at those girls & women who had participated in the past to renew their interest in judo by offering this opportunity.  Fitness, flexibility and self-defence are the key issues being focused on by our female coaches.

I was excited to start the second round of the Ladies Only Judo classes again. The response was great for the first night similar to the first course, so we were off to a good start. We had 20 ladies on the mat mostly for the first time. I chatted to the ladies to make them feel welcome and comfortable and give them an idea of what we would be doing each week and in general. As promised I brought in some Self Defence through Judo and I know the ladies went home to practise on their male counterparts after the classes. Nearly all the Ladies wore Judogi’s from the offset which was great as I explained that it would protect their bodies and literally help to get to grips with Judo quicker! I felt that by week 3 we were flying, trying new drills and skills and everyone was engaging very well. The numbers were consistent each week so that was great to see. Early on, I think it was best to focus on Fitness and Strength & Conditioning in a fun way, free of knocks and bumps. This is more appealing for women who want to try Judo but maybe not compete just yet, but time will tell. The physical fighting and Randori elements could turn some non-competitive females off, so a different approach is required. I wanted to ensure the ladies enjoyed the sessions, leave with smiles on their faces and come back the following week and ‘so far so good’.